The name Fuente is no stranger to cigar aficionados, whether novices or seasoned aficionados. For generations, the Fuente family has produced some of the best tobacco and the best cigars in the Dominican Republic. After the success met since 1992 with the Fuente Fuente Opus X, a new idea was born:

The creation of an exclusive cigar whose tripe and undercoat would be made from the best tobaccos of the Dominican Republic – those of “Chateau de la Fuente” – assembled with a Connecticut Maduro wrapper matured for five years in cognac barrels. This cigar was thus baptized Fuente Anejo (Extra Viejo).

Easily recognizable thanks to the white border of their rings, Arturo Fuente Anejo cigars represent Carlos Fuente’s tobacconist know-how. This is one of the rarest cigars in the world, it is only produced twice a year!

The Fuente Anejo are powerful, we recognize the signature tobacco of the “Chateau de la Fuente” so characteristic. The range consists of six sizes, the most famous and rarest of which is No. 77 or more commonly known as Shark. This module is indeed particular by its round shape at the head and square at the foot.

Supplies are scarce and production is only a few thousand pieces for the world only! 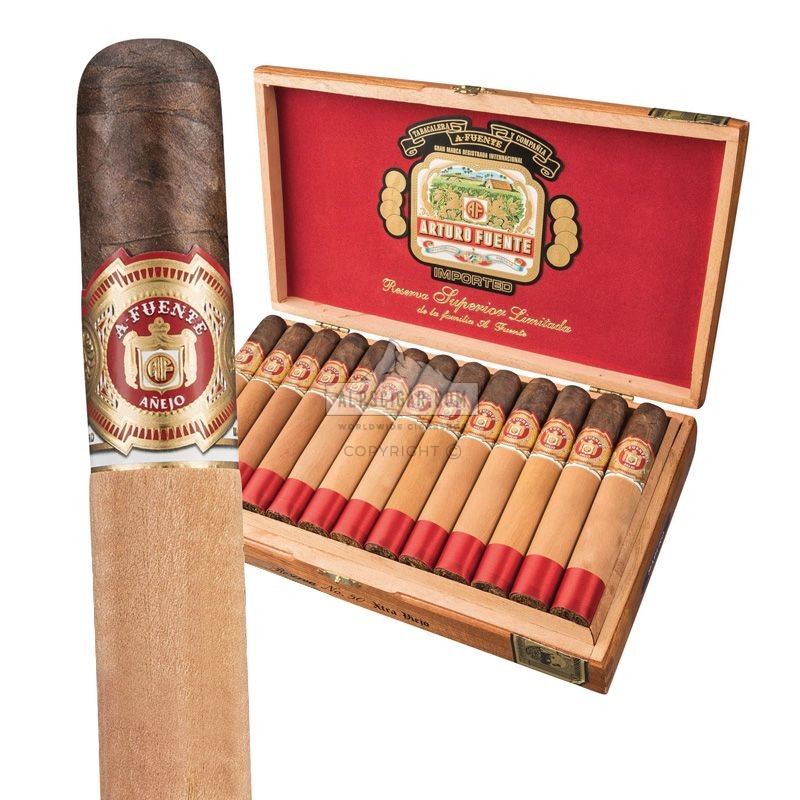 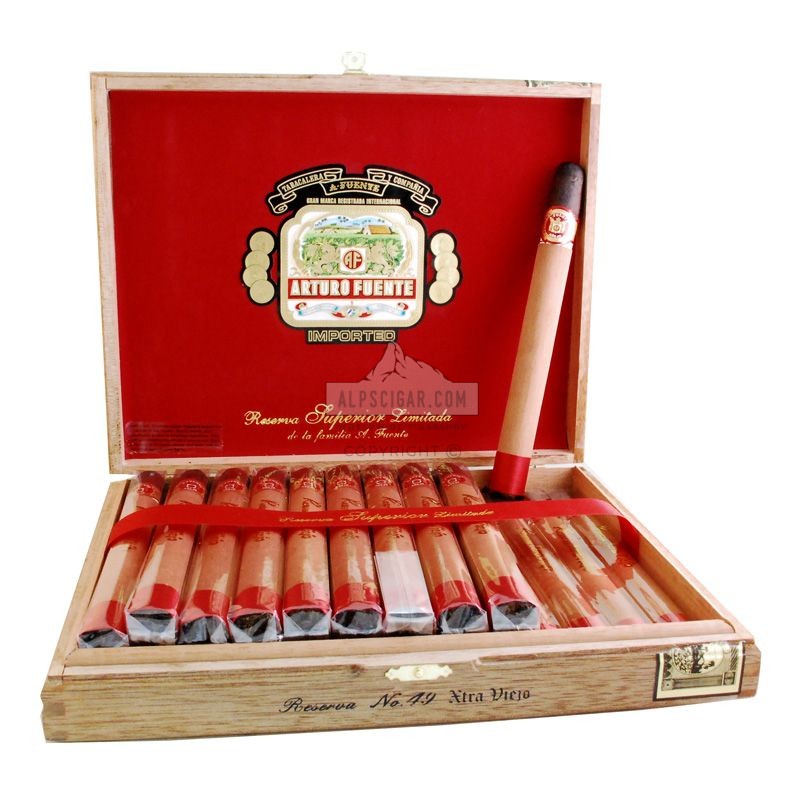 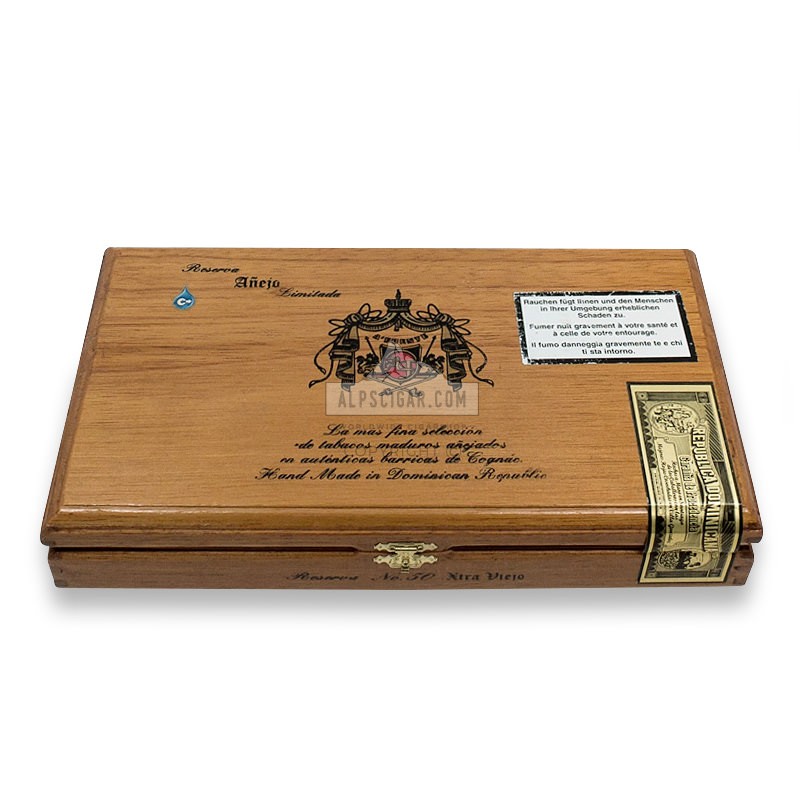 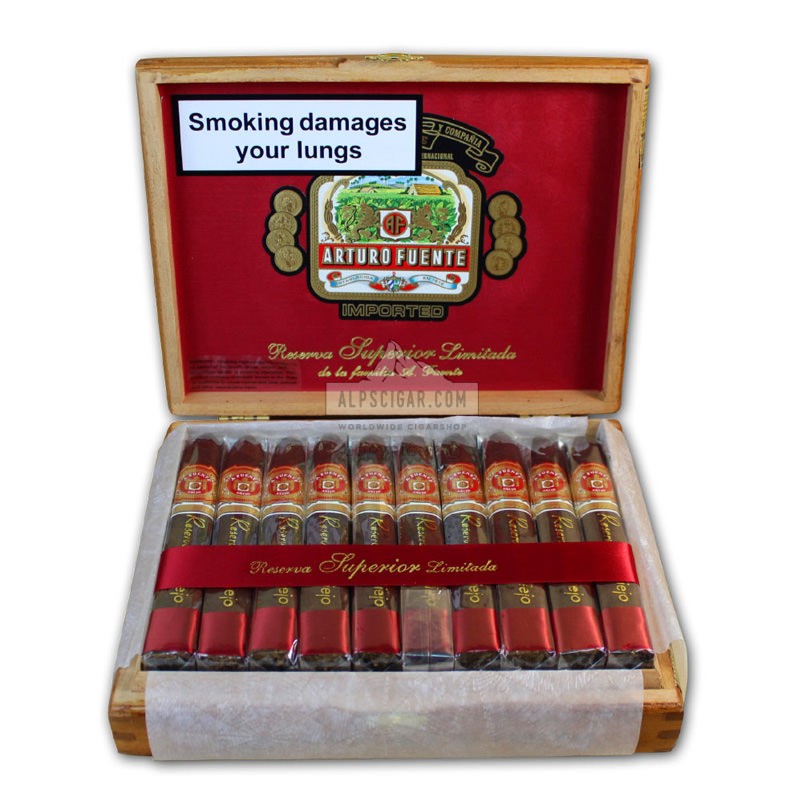 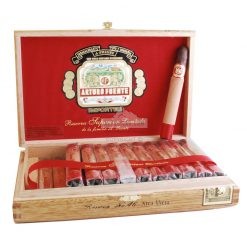