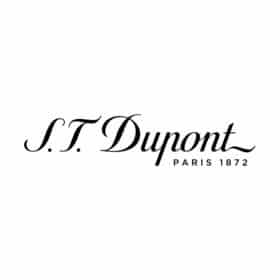 Welcome to the story of a visionary company, now 147 years old, whose extraordinary know-how has given birth to objects of desire coveted by the elite. Exceptional materials valued for their quality, craftsmen celebrated as artists and an authentic history and heritage behind each creation.

Personalized travel trunks, among others adorned with the initials of their owners, quickly become an essential accessory for the European elite. Among the first clients was Napoleon III and the Empress Eugenie.

S.T. Dupont joins Louis Cartier in New York where the Fifth Avenue boutique offers his travel items. Encountering an immediate success, they become on this new continent the reference of luxury travel accessories.

Hollywood actor Humphrey Bogart asks S.T. Dupont artisans to create a light travel bag for his plane trips and weekends aboard his sailboat, the Santana.

In 1951, workers at S.T. Dupont, a trusted supplier to the world’s elite, were asked to create a custom-made travel case for the Duchess of Windsor.

Pablo Picasso chooses three of his S.T. Dupont lighters and engraves the lacquer – a Harlequin and a Pierrot for his son and his daughter-in-law and a fauna that he offers as a gift to a friend.

The launch of the Andy Warhol limited edition in 2004 brought to life a series of lighters and writing instruments adorned with this pop art iconography that made the painter famous. The Marilyn Monroe lighter is a particularly fitting tribute since its favorite lighter would have been its Gold Line 2.

In 2011, Karl Lagerfeld and S.T. Dupont began a collaboration that allowed the visionary stylist to develop several singular lines, putting his creative talent at the service of the know-how and heritage of the S.T. Dupont workshop.

In 2013, S.T. Dupont had the honor of receiving the Entreprise du Patrimoine Vivant label, a mark of recognition of the French State distinguishing its constant efforts to nurture and preserve the rare techniques and know-how of its master craftsmen. 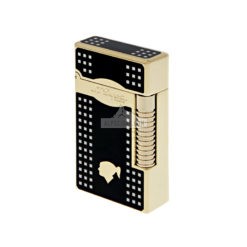