Montecristo cigars, have one of the most famous Cuban labels, owes much to the entrepreneurial spirit of its creator, Benjamín Menéndez García. After graduate studies at an American university, Benjamín is recruited by General Cigar. In Havana, where he joined his brother Felix, he joined the Parra company which he took control in 1913 renamed Menéndez y Cía.

It was in 1923, thanks to Uncle Alonso joining them, bringing in his trunks a cigar maker, “Pepe” García that the adventure of Montecristo can begin.

Determined to conquer the export markets, the Menéndez y García partners acquired the Particulares cigar factory in 1935 and the same year, decided to found a brand whose credo will be a luxurious sobriety in the presentation and an irreproachable manufacture. It will be Montecristo. Several versions exist concerning the origin of the name, but it is sure, on the other hand, that the English and the company Hunters worked to convince the Cubans of the excellence of such a surname. In 1937, Alonso Menéndez acquired the H. Upmann factory and transferred all Montecristo production there.

The success of this label will be dazzling. In 1955, the Bishop of Havana even blessed the headquarters of the factory! The Alfred Dunhill Company, which distributes Montecristo in the United States and Great Britain, will create its own range in the 1940s under the name of Montecristo Dunhill Seleccion Suprema. It will continue until 1982. In the five modules nos 1 to 5 existing since 1935 were added Joyitas and Especial in 1969. Three years later, in 1971, was born the legendary Montecristo A. Montecristo, one of the major brands of the Cuban catalog, is particularly followed in Havana. 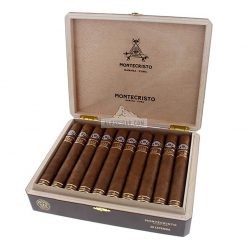 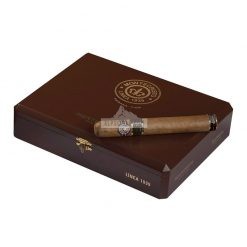